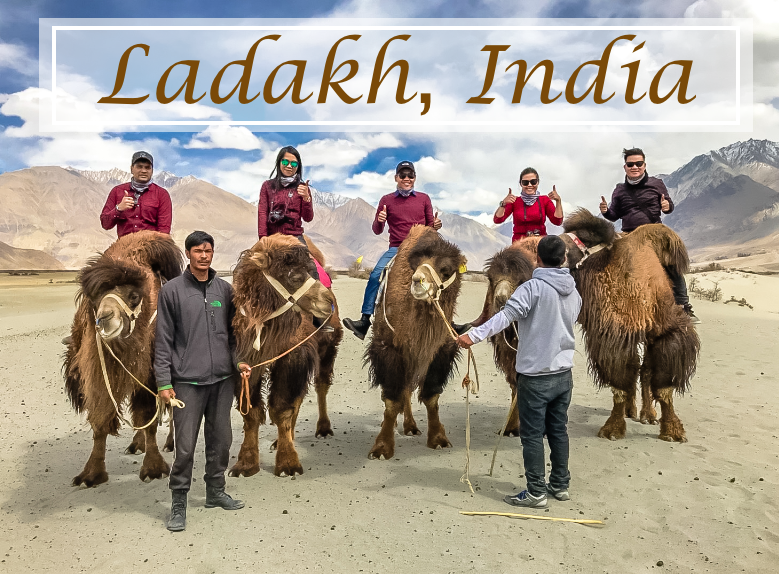 In the northern part of India lies Ladakh, a rugged region bordering Pakistan and China sprawled atop the Himalayas at an average altitude of 3,500 m. It is a heavy militarized zone for nature-lovers and intrepid travelers.  The winding landscapes are incredible with spellbinding touch of nature’s wonder. Can you imagine traversing from a dusty desert then to a sweeping snow village few kilometers from each other? Welcome to Ladakh – a strange wonderland on a beautiful kind of way.

Ladakh is a lesser-known jewel of India that receives little tourism. It has a distinct charm brought by its rugged countryside and historical capital city totally different from the rest of India’s famous top places to visit. The endless stretches of narrow and twisting roads, unexpected chalky white sands to surprising showers of snows, this region will mesmerize travelers keen in discovering a rough travel destination.

Leh City offers a feel of archaic history due to its continued isolation from the rest of the Indian plains created by the difficulty of its terrain and high altitude. The city’s structure is still loosely traditional with stone and wooden buildings carrying a boxy roof because in this arid area, it receives scarce rain or massive snowfall (as opposed to a sloping winter or tropical roof). This City is dry and dusty resembling a cold desert with unrefined sands and rocky spaces.

Leh used to be the Himalayas central post in the extensive Silk Road connecting India, China, Tibet and even Middle East. Did you know that the inhabitants are considered mixed Aryans?? With Indo-Tibetan descent. It wasn’t just their wares and transport goods that blended with their way of living but foreign influences were part of their ancient society. Even their religion is not predominantly Buddhist as one would expect following the label “Western Tibet”. Sometimes, it’s weird to hear Muslim prayers at specific times of the day while being greeted by Buddhist prayer flags and temples. 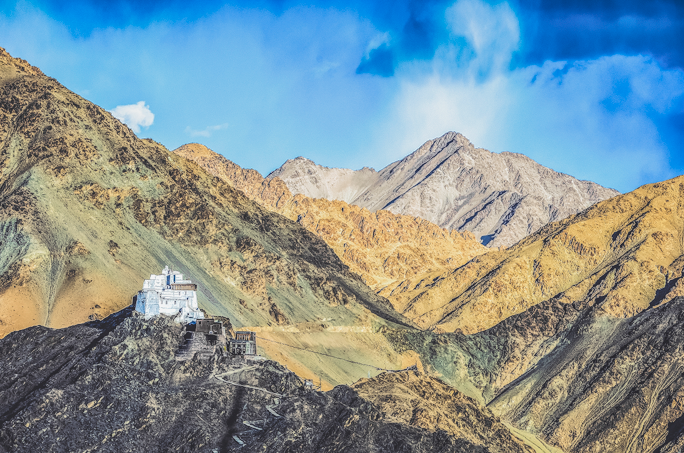 One should never miss to visit the ruins of Leh Palace perched above the Himalayas overlooking the city.  It is the royal symbol of the Kingdom of Ladakh built in the 1600s and modelled after Tibet’s Potala Palace by the Buddhist Lion King of the Namgyal dynasty. He was responsible in flourishing trade on this part of the Silk road. Unfortunately, the Hindu Dogra dynasty forced them out in 1800s.

I was thinking that at the same timeline that the Namgyal dynasty of Ladakh was flourishing, events were unfolding from other parts of the globe. The Inca civilization in Peru had fallen, the first Czar of Russia was crowned, China’s Ming dynasty had reached its zenith, renaissance took over Europe and the Philippines was having its first taste of Spanish conquest. Georgia of course was  a prized treasure fought over by the Turkish and Persian empires.  I usually pin down these events of my travelled places.

Nubra Valley is to be appreciated with the striking sceneries and narrow dangerous trails leading to this dry home of double-humped Bactrian camels. It’s a desolate desert of white sands and bare, edgy mountains earning a nickname “desert in the sky”. It takes 4-5 hours of painful driving twisting and turning along rough and jagged roads. It could come to a point where you begin to think why did you even consider this location so sometimes, you have to find humor/joy on these types of escapades. We started waving to strangers and smiling at people we came across.

Before reaching this valley, you will have to pass on Khardung La at 5,300+ m altitude.  Arguably claimed as the top of the world for motorists, it presents a dangerous adventure for travelers as the narrow trails are paved with slippery ice and dirt overlooking deep valley gorges. It’s harder to breathe at this elevation because of thinning oxygen; add the cold winter effect and you have one of the hardest places to live.

In Nubra, one is required to ride the camels and explore the vastness of the surrounding desert. These feral double-humped bactrian camels used to be part  of the caravans that transport the goods from / into these Himalayan mountains. This type of camels can only be found on this part of the world – a desert at 3,000 m+ altitude. Middle East has only single-humped camels. They used to thrive only in the Gobi desert (Mongolia-China) but now all over Central Asia.

A remote frozen lake, what more could you ask! I was disappointed last December with Lake Baikal because it wasn’t frozen yet but Pangong Lake was beautifully frozen like a big block of frozen ice. Again, the roads to this gentle lake are bumpy with the strangest landscapes I ever encountered with. We were driving up through a stretch of rocky mountains for more than an hour (few kilometers) until we reached another range of mountains where gust of snow had started sweeping all around us. Dawa, our driver, told us that the weather could change quickly at this part of the region. Indeed, it did.

I prefer this trail rather than the northern trail to Nubra Valley because we saw Pashmina goats, herds of horses, wild rivers, white lines of sands, huge monasteries and Tibetan cows before reaching the lake. The lake itself other than being frozen at a dizzying height of 4,350 m is not that spectacular but the dramatic drive and backdrops of snowy alps on one side and the barren rocky mountain slopes on the other side give you a beautiful reason to visit the place.

How to Get Around

Book flights from New Delhi to Leh Airport (IXL). It’s pretty cheap if you book early. You may have a DIY tour but travel tours are not expensive and recommended (as locals know the precautions and on how to deal with the military as they are very strict with foreigners). You may contact our travel guide Tsewang Nurboo (check him in Facebook) but you have to tell him what you wanted and needed. Be specific but of course, as you demand more, you have to pay more. Most of the time, I prefer local guides to surprise us because only then you’ll experience local setups with fewer demands and less expectations. He is accommodating, speaks fluent English and ready to answer questions. Food will be a problem so prepare to bring some of your own.

Drink altitude medicines twice a day two days before reaching Ladakh. There will be side effects (tingling, drowsiness etc.) so try assessing yourself after drinking the meds. Consult your doctor if necessary. Obviously, this is a remote place so there will be no atms. Bring enough Indian rupees.

The group photos are all from Dan.

Some of the photos are taken via vivo!

5 comments on “The Lures of Ladakh: A Desert Snow Land”