This is an obligatory post to think of things.

2017 has been my year of travel. Ten countries with expectations shattered and realities uncovered. I experienced a little less of that drifting feeling but still without a full vision of that ideal end goal. Ten years ago, I had that list. Now, whatever moves me makes me wonder. Schedules are still my thing but with welcoming pieces of spontaneity.

I started the year (Jan 1) waking up in a hotel in Ulaanbaator, Mongolia with an hour to spare before heading to the old capital in Silk Road, Harhorin. Four of us slept on a cold yurt (negative 40C) downed with local vodka. These started and sparked my series of memorable stories. The first 7 days was a hop from Mongolia to Beijing to Taipei to Bangkok. It was crazy. We’ve been called crazy. But, these crazy moments made good things happen. 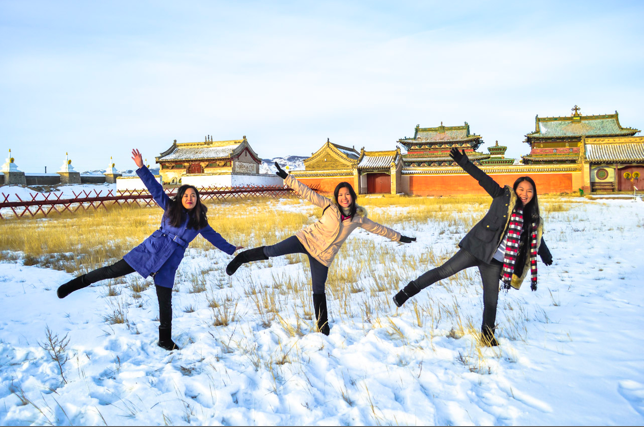 Fast-forward 360 days later, we met a traveller in Siberia (Achu) who was helped by the same random local guy (Tsengel) in crossing the China-Mongolia border via bus then train. It’s an amazing coincidence. It’s incredible how kindness connects us and makes the world smaller.

April is a holiday month in Thailand so, five of us dared to travel from east (Perth) to west (Sydney) of Australia. This was an affirmation that I tend to appreciate places outside the big cities. I had a great time in Port Campbell (Great Ocean Road) and Ayer’s Rock / Uluru National Park (Red Monolith). I like natural wonders more. It made me feel tiny and connected to a vast and enigmatic universe. Nature never fails to stun me. Touching the monolith and seeing the aborigines up close were something different. 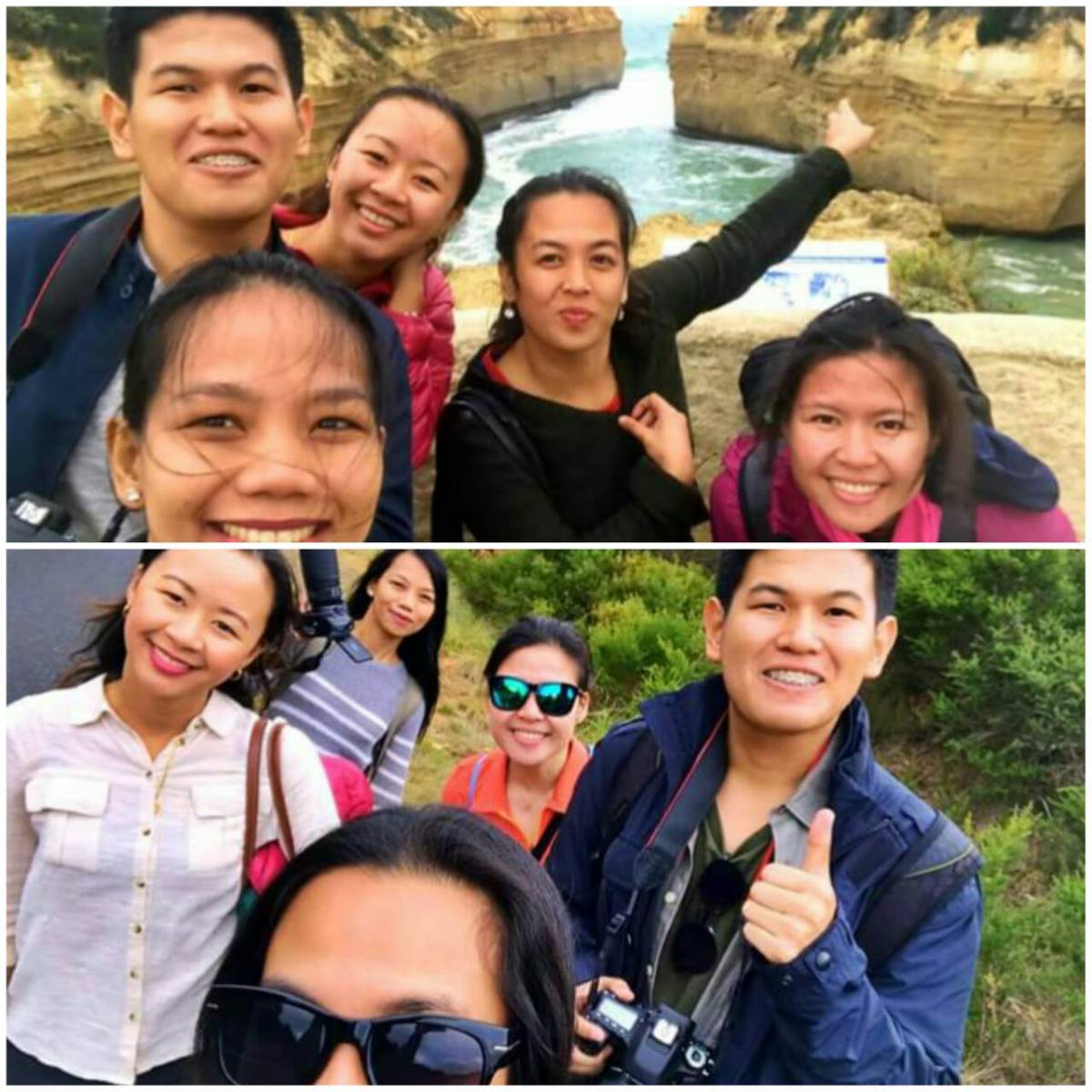 The month of May moved me to Hong Kong for work. I had the pleasure of being at the receiving end of kind-hearted work colleagues. Jeffie joined me from the Philippines for few days. I met some people from our little town with inspiring narratives. They said, Hong Kong has the highest racial discrimination in Asia but so far, I haven’t experienced it (this was not my first time).

July is a send-off travel for Aiko. She has to move to the UK so we made some hasty travel plans to Myanmar. We’ve never been there despite its proximity to Thailand. It was the perfect weekend getaway.

Over the long run, we realize what’s more important. As we grow older, our priorities, opinions and perspectives change. There are travels meant to develop relationships, to create memories. It was more of the people travelling together than the place being visited. 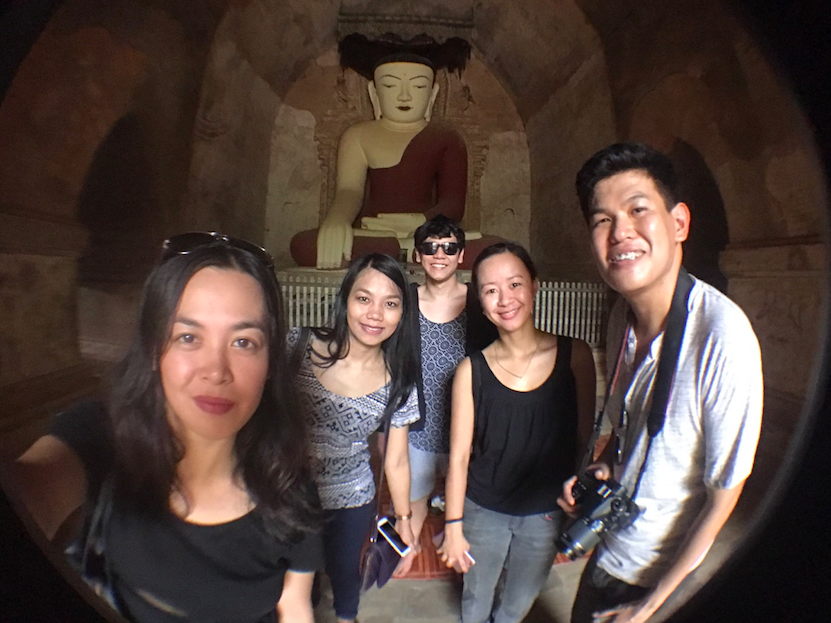 September is a whole block of traipsing through South America. Peru and Brazil are wonderful but I fell in love with Bolivia. Its nature’s creations are out of this world – four sets of sunrise, endless salt lakes and deserts, pink flamingos, weird llamas, Cactus Island and breathtaking colorful mountains. I was travelling with April, a college friend, whom I met again after 3 years. We did some activities I don’t normally do when travelling like fly over the Nazca lines. In Brazil, I travelled solo. There’s something daring and adventurous to be on your own, rely on your instincts and just hope the world is on your side. Some cities are highly romanticized but travel brings the gift of discovering the realities of photos and stories. November landed me in Chiangmai, Thailand for the annual lantern Yeepeng or Loy Krathong festival. I’ve reconnected with June after nine years. It was fun to realize we didn’t change. We’re still the same chatty, silly girls just with professional IDs. People change and grow apart. There are people I lost connection with and once reconnected, I can no longer relate to their realities. With June, it was so easy to reconnect, talk about people (yass!) and share some (whatever) plans we think we have. After the travel, I realize we don’t have much photos to document things but that’s the thing, it’s okay not to record everything as long as you’re having a good time.

December marked my long-time plan of seeing Russia. We had a pretty good itinerary of starting from Siberia (Lake Baikal), moving north in the Arctic (aurora / northern lights hunting) and going down to the cities after. We had our yearend /new year in Moscow’s Red Square with new people we met along the way – Achu, Feng and Balentin. The experience was novel. Most bars were closed, alcohol ban after 11 pm and no street drinking. We, however, looked for a street corner and swiftly gulped down 2 bottles of vodka before walking back to the Red Square. After watching the fireworks, we ended on a semi-gay(?) bar on a back alley.

Travel breaks down stereotypes. I find it refreshing to know that it is just a stereotype for Russians to be rowdy, fearsome and demanding. We’ve met some sweet and helpful Russians along this trip. Sasha in Listvyanka (Siberia) prepared a traditional Russian Christmas dinner for us. Dima in Teriberka (Arctic) became our guide and helped us settle in Murmansk. A lot helped us go through stations to stations.

Travel is also about the kind of people you’re travelling with. There are times that personalities come out of their shells and it brings out irritation, annoyance and madness. Travel puts people in hard situations and you have to make the best of what’s left, burst some bubbles and be unafraid to try new things. This makes travel the best form of knowing people at their best and worst.

Travel also twists perspectives and brings new learning. Poverty in Russia is different with India’s (last leg of our trip). I’ve talked with Dima about Russian socio-politics and economy. It’s really pleasant to learn how locals view their own country as opposed to what we know about them. Middle class in Russia is pretty non-existent because of the disparity of Russian billionaires to the normal working class. In Kyrgyzstan, time is flexible with 3 or more-hours latitude attributable to their nomadic roots. We stayed in a house powered by solar energy and their stoves fueled by biomass (horse and sheep’s shit). I tried to learn one or two from locals (i.e. few word phrases) whenever I can.

More than anything else, it is the appeal of beautiful stories that makes me feel different, excited and happy. It’s hard to put into words our experiences because it will never do justice to describe moments. Epic travel stories are gems. Surely, 2018 will be a continuation of good things from 2017. It has been a good year and I’m excited for more.