Rome’s Pantheon in Italy is one of the most beautiful and impressive structures that dominate the archaic Roman landscape. Its architectural brilliance will surely capture anyone’s interest. This ancient 2,000-year-old pagan temple by Emperor Hadrian was converted to a Christian church in the 7th century. Though, originally it was dedicated to the victims of the Battle of Actium, the last war forcing the defeated lovers Marc Anthony and Cleopatra to commit suicide. Currently, it is being used as a church and tomb to prominent figures like the first King of Italy. [Note: entrance is free!]

The first thing that you’ll notice is the building’s grand portico (entrance). It has eight massive Corinthian columns with elegant inscriptions bearing the name of Marcus Agrippa, the original builder. When you enter, look upward to the most spectacular sight of the Pantheon, the dome’s oculus or sometimes referred as the Great Eye. It’s the hole at the top of the ceiling supported by a series of arches. Its natural light beams straight on to the entrance at some precise moments. This led to some people’s belief that the Pantheon is a colossal sundial. It’s really beautiful when the sun rays create a white spotlight as if you are walking on hallowed grounds.

I guarantee that the structure’s grandeur will surely consume you with astonishment. The frescoes of saints above the ceiling are just too extravagantly illustrious but note that these are modern additions to the old Pantheon.  The high altar adorned with beautiful pieces of chandeliers, gilded candle holders and other Catholic embellishments is beautifully spread out on the central chapel. In some of the niches, there are numerous striking paintings hanging behind brick walls like Madonna of Mercy and the Assumption. Surely, this is the best place for art junkies, architecture enthusiasts and history buffs. 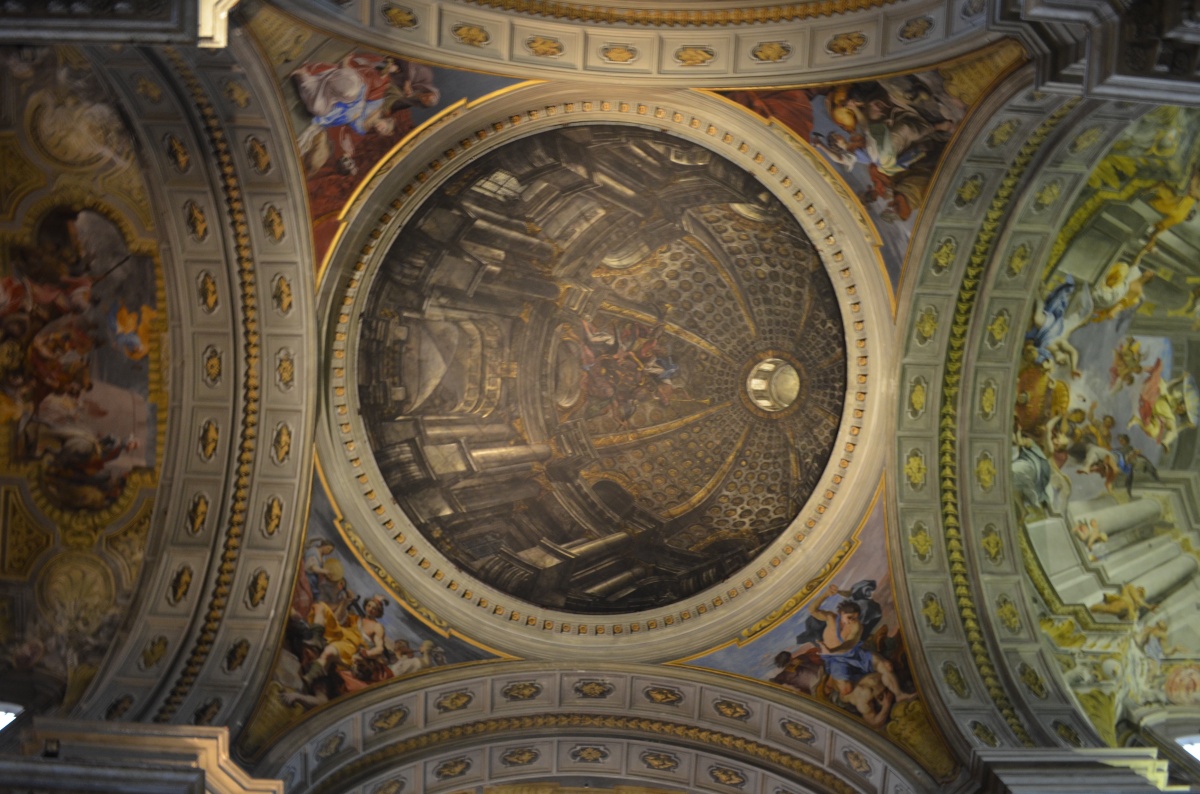 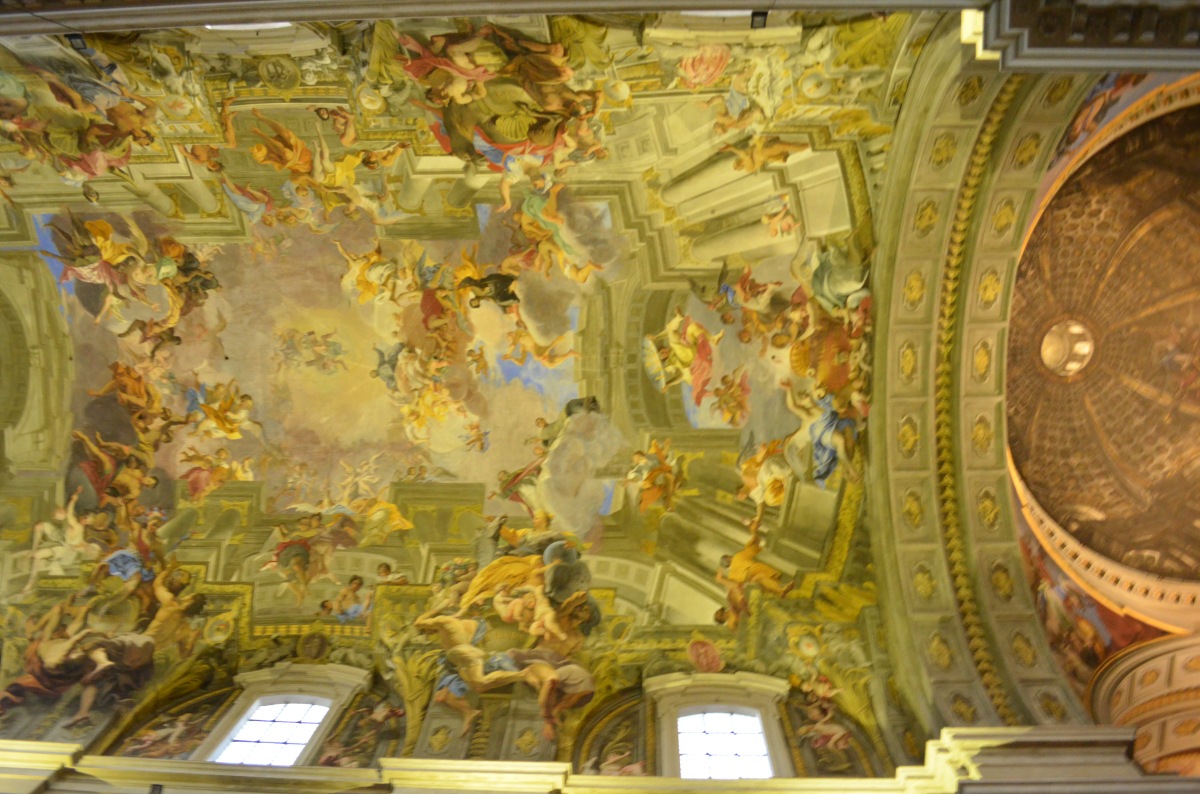 The gilded and lavish sculptures inside the rooms are too imposing along side ostentatious marble interiors, granite columns and fancy bronze doors. This is a beautiful manifestation of Roman Empire prowess and wealth. I learned that some of the materials were imported from the Egyptian desert to the Nile River through the Mediterranean regions and finally to Rome. That would have cost a great deal to Rome’s coffers. 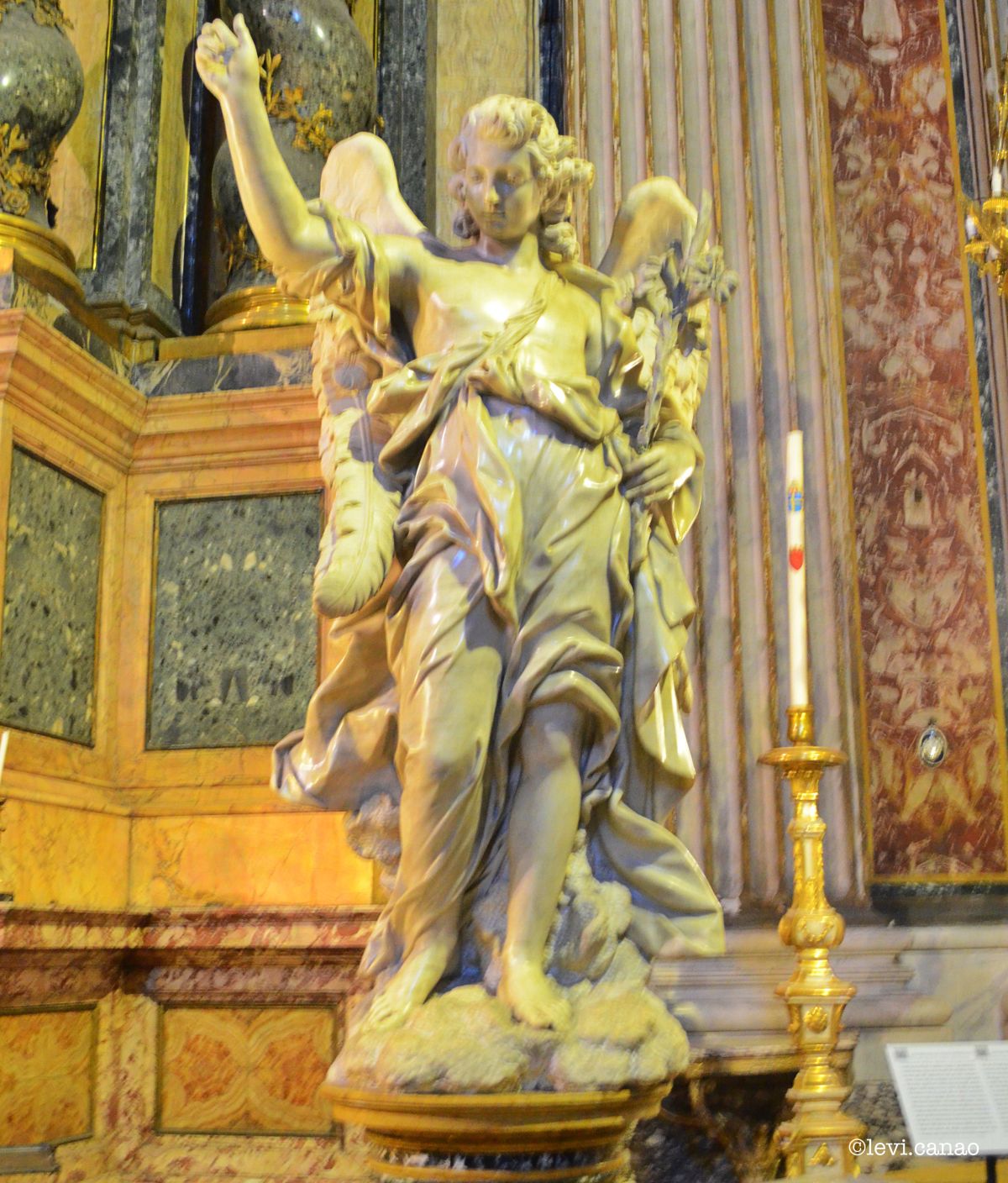 One of the engineering marvels of the Pantheon is the strength of the dome and how it stood centuries without toppling down into the ground. Much of the composition of the structure’s concrete still puzzle modern architects and builders. All of Pantheon’s construction and positioning techniques make it an architectural feat that could go down as one of the world’s bests. 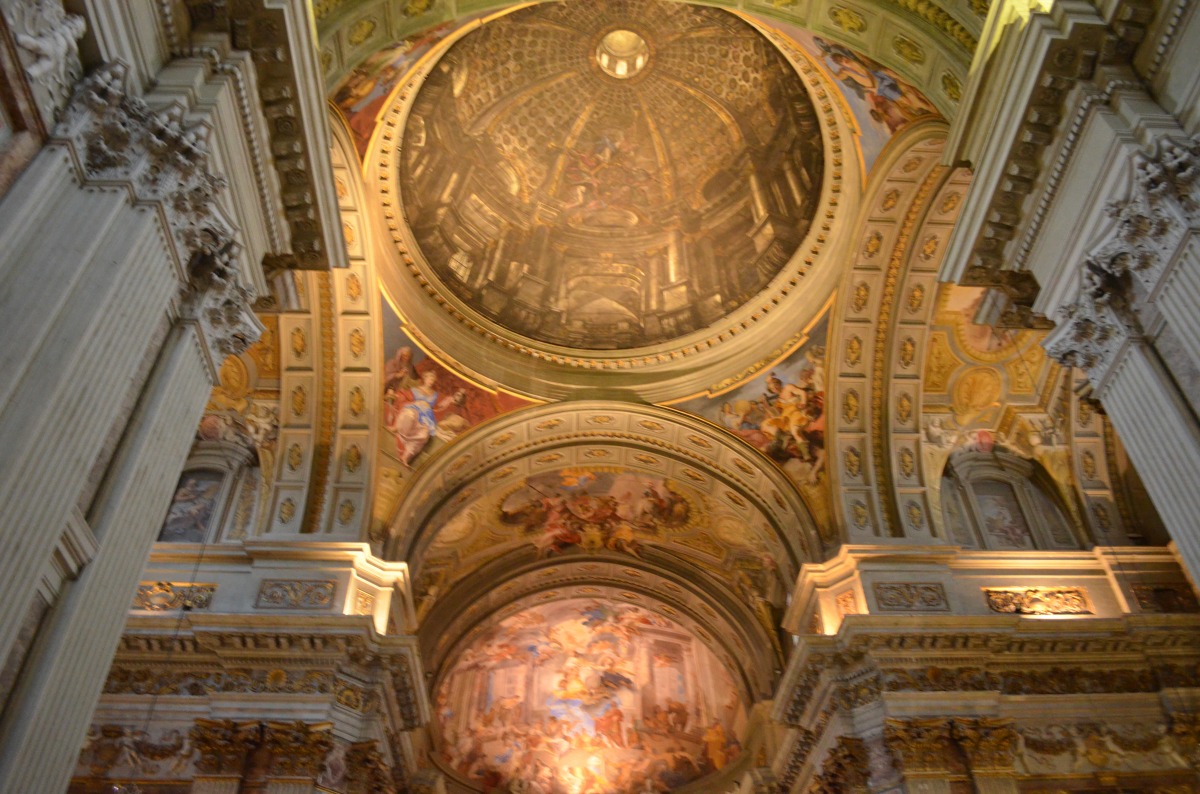 By the way, did you know that the great artist Raphael is buried in the Pantheon with his fiancee? This is more than the motivation needed for me to push whatever is necessary to make it happen. I’ve seen most of his exceptional works in Vatican so it’s imperative to see him or his burial grounds. I guess, for me, it’s just fulfilling. Oh, and Raphael died in the hands of his lover/model Margarita Luti, a baker’s daughter, never got to marry his fiancee, Maria Bibbiena, the cardinal’s niece. One of those tragic love stories during their time. See, there’s too much historical information and graphic details inside the Pantheon that you should definitely uncover!